In his former life, The Husband was a glassblower. 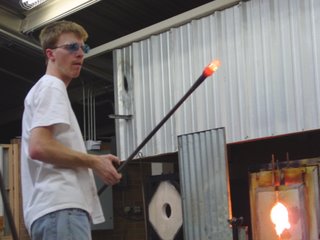 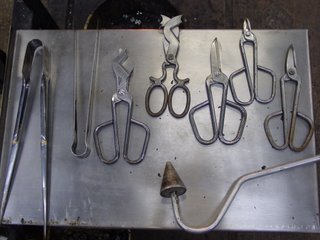 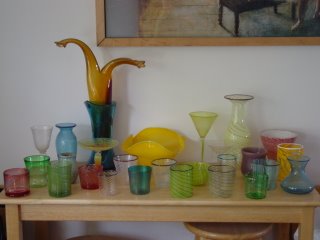 His work. We have a ton more, but not all of it would fit into the photograph. And much much more has been gifted to friends and family. Before we were dating, he gave me one of the first pieces he ever made. My then boyfriend broke it. Sign? I'm sad we don't still have it, but he doesn't miss it as he says it was "crap."

We also have the work of several other glassblowers, that he as met and in some cases, taken classes from. 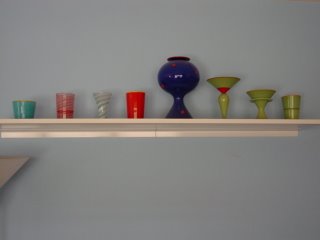 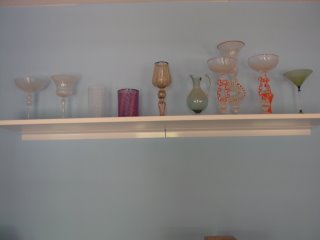 Those two goblets in the front with the matching bottoms? Our wedding goblets. Too bad we forgot them on the day of the wedding. Oh well, they're beautiful, and we love just having them. (Plus, with the luck we had on our wedding day, if we had remembered them we would have broken them!).

He's had the opportunity to both take class and to assist here and we've been to the GAS conference when it was in Seattle several years ago.

It's amazing stuff, and we hope someday to have the finances to build him a furnance at home so he can continue to work. But right now having a "real" job has gotten in the way of that. For anyone interested, he took classes at UTA, one of the few university programs in the US.
Posted by Jenn at 4:50 AM