For years I pinned patterns to fabric. That's how mom taught me, and I didn't think there was any other way. Then, as I've been reading more sewing blogs lately, I saw more and more people talking about pattern weights. A little research and I found out that folks used these to hold down the paper pattern and traced around it, then cut it out. SO MUCH EASIER! However, pattern weights are pretty pricey, so I did a little more research and found out that people made their own. I read a few tutorials and wasn't excited about any of them enough to copy them, so I made my own. 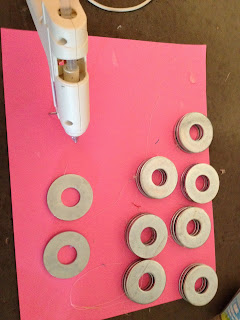 I used 5/8" washers. I bought two boxes of 25 - enough for me to make four sets of four weights each (three washers in each weight). 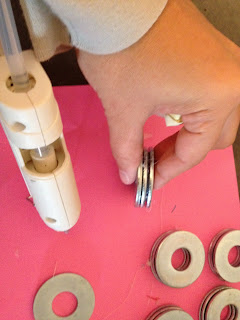 I hot glued the weights together (glue two, let them dry then add the third).

I allowed several hours for the glue to dry, and then I peeled off any strings. I wanted the weights to be colorful, but didn't want to seam/trim/sew pieces of fabric to wrap them with. So I pulled some scraps and started trying things out. I used pieces that were about 1.5" wide. They all came from my scrap bin (off the backings of my two most recent quilts!). I don't remember how long they were - I cut them about 16" long, and trimmed off any extra (skinnier pieces took longer pieces). 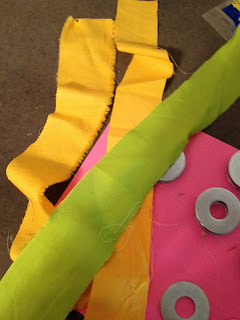 Then I started wrapping. If you wanted you could hot glue down the end before you continued wrapping, but I didn't. I figured it would be covered by the other pieces eventually. 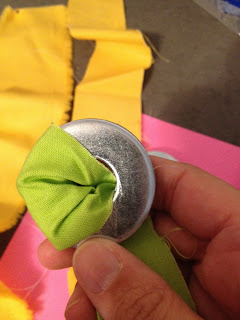 I continue wrapping until I couldn't see any more of the washer. Then I trimmed the fabric down, put some hot glue down on the washer and glued down the fabric edge. 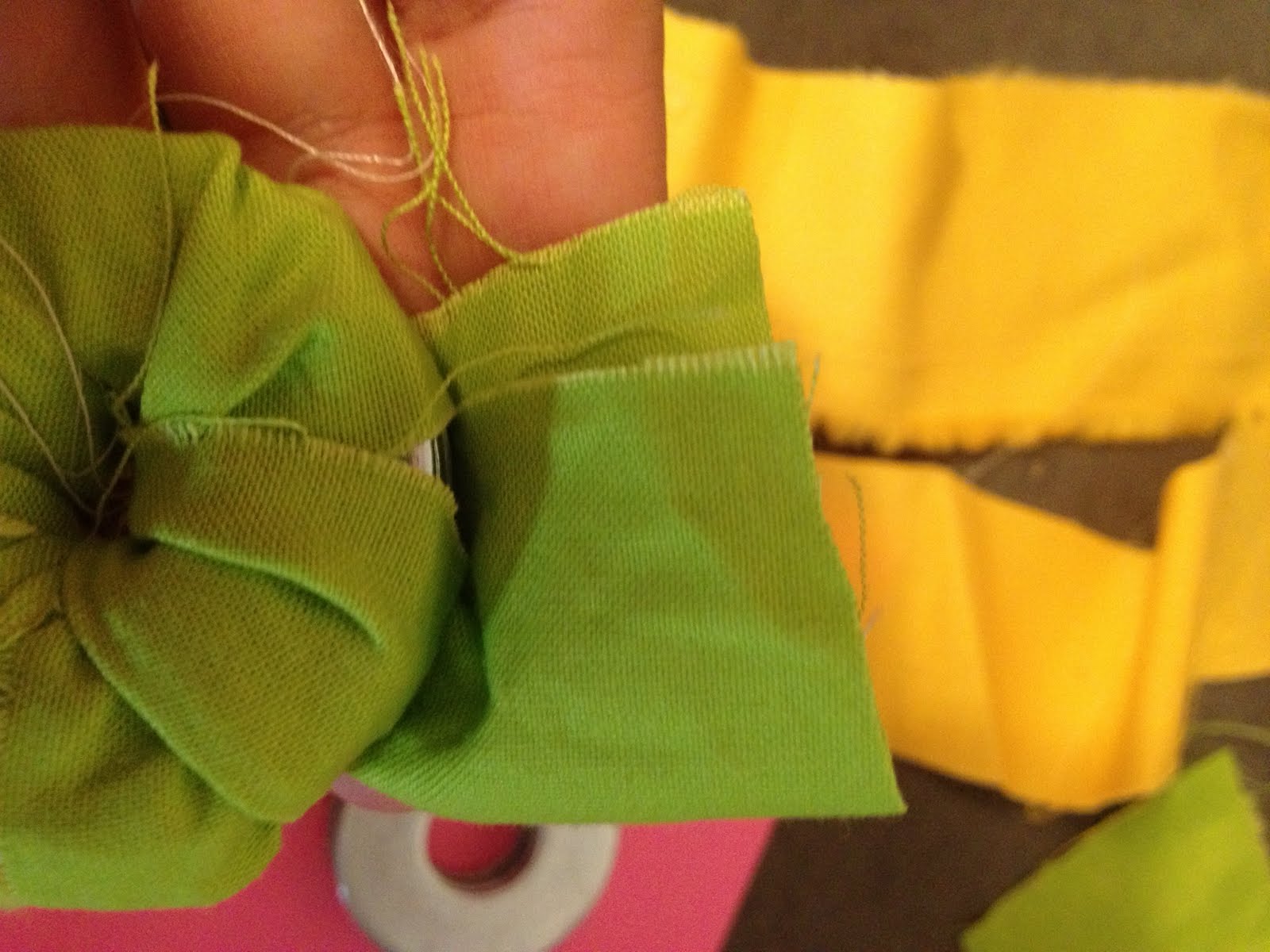 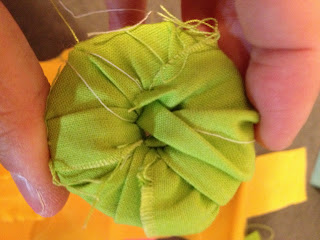 I repeated the process three more times with three other colors and voila! Instant birthday gift for my sewing sister-in-law!