Damn it's too hot for wool

I've been working a bit in fits and starts on some goodies for the Christmas basket.

I finished this scarf up a few weeks ago and it shall live in the basket until December. 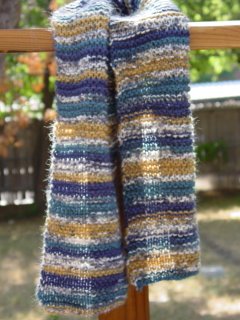 Yarn: Tahki Dazzle (discontinued?) Color 005, two balls
Needles: Sz 15 Clover bamboos
Pattern: just a generic garter stitch scarf
For: secret!
Dates: July 8-9
Mods: n/a
Thoughts: I like these colors, though they're really not me. Good thing then that this isn't for me.


I started this to be a scarf, but ran out of yarn. Solution? Cravat/neck warmer! 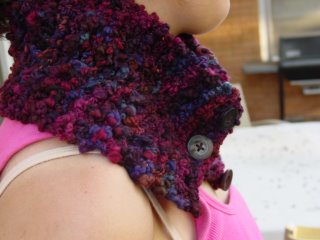 Yarn: I think it's some sort of Mountain Colors product, but I have no ball band, and it was gifted.
Needles: Sz 15 Clover bamboos
Pattern: generic garter stitch
For: secret!
Dates: Early/mid July - July 29 (really only worked on for about two days)
Mods: n/a
Thoughts: I decided when I was running short of yarn that I would just add some buttons from my button stash to the edges, then it can be as tight or as loose as the wearer likes! 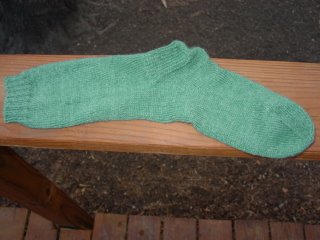 I also finished up one husband sock. Thank goodness for movie theater trips - that's about the only time these got worked on! I knit the leg during the Da Vinci Code, turned the heel and did the gusset at home, and knit the foot during Pirates. Yippee! Now to make the second one......

I also finished up one set of dishcloths for a "special order." Pretty exciting, eh? 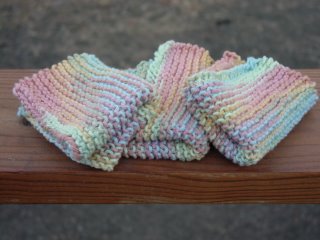