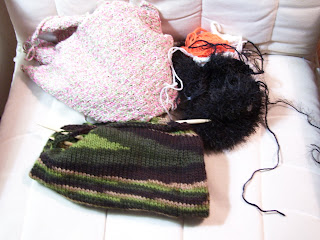 This week, some projects were nearly finished. 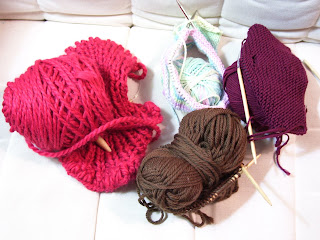 And others were barely started.


There is more, but much of it is secret, so I can't show you right now. Hopefully, some fully finished projects later this week!

I'm feeling a bit recharged, and hoping I can make it through the next four weeks with a fairly positive attitude. I'm also hoping to get some crafty holiday things done around the house, and will share those with you as they get finished. I even have a few plans for my December blogging, in an effort to make it "more exciting" for mom (and the rest of you).

I hope you all had a lovely Thanksgiving, and have that holiday knitting list finalized!
Posted by Jenn at 8:18 PM